Press-Pull vs Extrude in Fusion 360: What is the Difference?

Press-Pull vs Extrude in Fusion 360: What is the Difference? 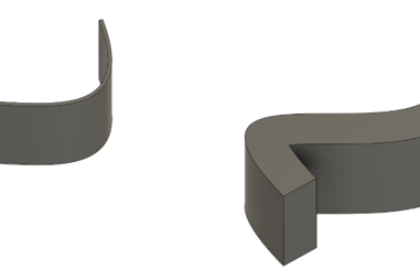 When you’re working in Fusion 360, do you ever wonder if you’re using the best command for the job? Ever find yourself needing to add features to your model, or cut holes in it, and you aren’t sure whether you should be using Extrude or Press-Pull? Maybe, you’re not sure what the difference even is! Let’s take a look.

When joining or cutting geometry, you’ll often find that Extrude and Press-Pull behave the same way. This is true, and the reason for it is simple. The Extrude command is a robust command with only one function: add or remove material linearly through a profile. Of course, it has many modes and functions such as joining or creating new bodies, or even taper angles, but that’s basically all it does. 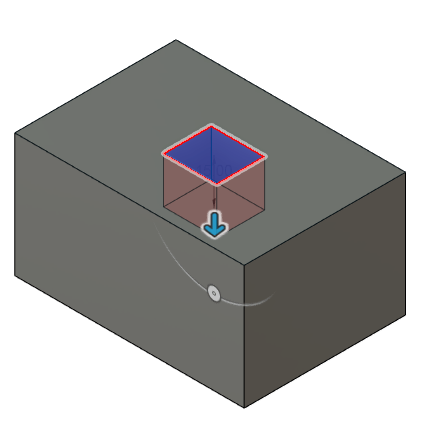 The Press-Pull on the other hand, is a compound command with many functions, some of which might surprise you. It’s obvious when using Press-Pull instead of Extrude yields the same results, the dialog box even changes from Press-Pull to Extrude as soon as you grab a profile! But that’s not all it can do.

Did you know you can create fillets with Press-Pull? When you click on an edge with Press-Pull, the Fillet menu pops up. From there you can drag the edge in or out to set a fillet radius. If you grab the resulting fillet with a new Press-Pull command, you have the option to modify the existing fillet, or create a new face offset, in which the entire face, not just the fillet is affected.

Additionally, Press-Pull allows you to drag and resize faces with the Offset Face command. You can grab any face, flat or curved, and the command will try its best to continue the part’s geometry from the face you’re offsetting.

By this point, it’s pretty clear that Press-Pull has more capability than Extrude does. Take this curve for example: it could be created with either command, but only Press-Pull can modify its thickness while preserving its geometry.

Also, consider this wedge-shaped object. If you extrude the smaller rectangular face, you get a prism shape with parallel sides, as you would expect from an extrusion. However, if you use Press-Pull, the new object will retain the same angular shape.

These are just a few small examples. There are many different uses of the Press-Pull command that make it unique from the traditional Extrude. So next time someone tells you that they’re the same thing, you set them straight!

Fragmentation – Do You Have Too Much Software?

Tech Overkill – When it Stops Helping and Starts Hurting

Technical Training – What is Available and Which Options Work Best