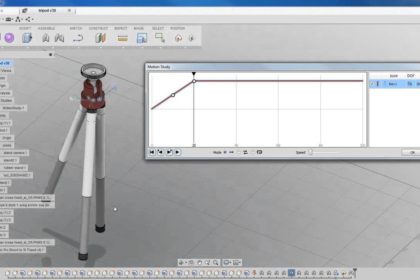 After assembling your mechanical design and assigning all the necessary joints and constraints, it is always important to analyze its motion. While the joints in Fusion 360 are very robust, they do not consider the form and geometry of your model, and instead will move only according to their joint definition. For example, your slider joints will allow the mating components to move along the sliding axis infinitely in either direction, regardless of what might be in the way. This forces you to manually set the interference points using joint limits or contact sets and drag the components with your mouse to test their motion. Luckily, there’s a better way: Motion Study. 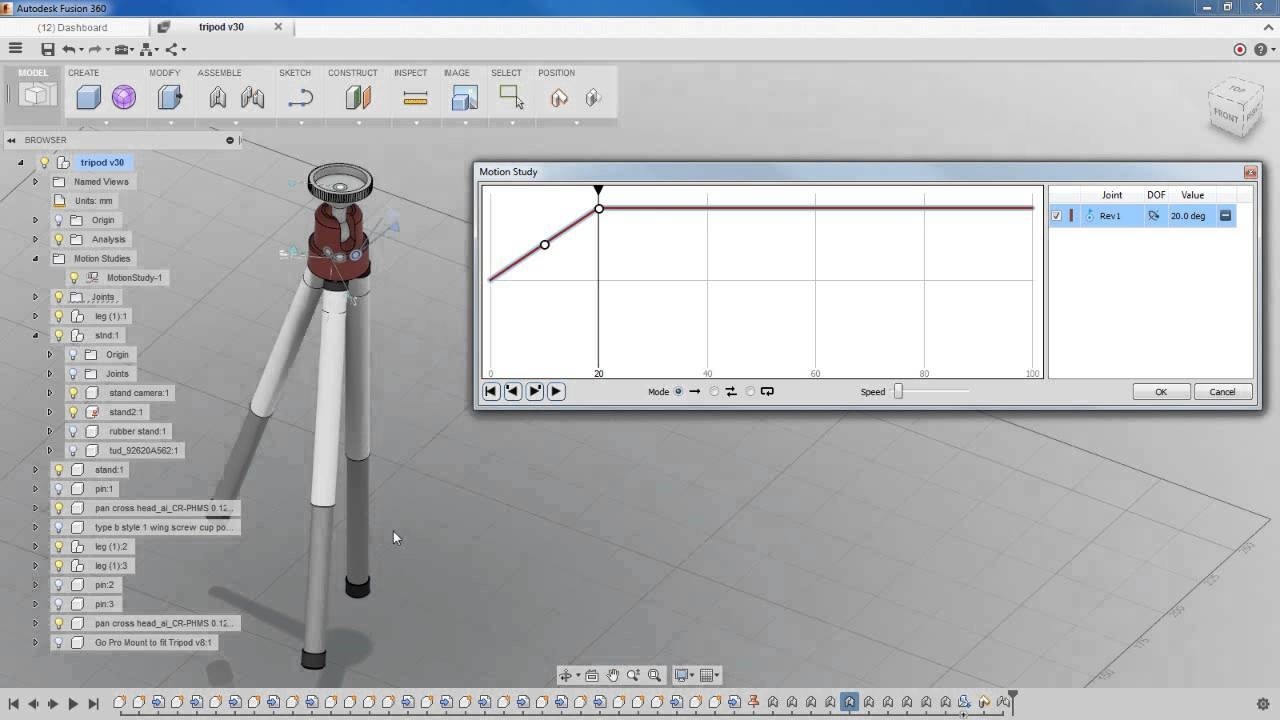 Motion Study allows you to drive multiple joints simultaneously and independently from each other. Using the graphical representation of motion, you can specify the full travel distance of each joint and its position relative to other components.

The Motion Study interface can be a bit confusing to understand. The graphical portion of the dialog box plots the relative displacement of each joint throughout the motion cycle. The horizontal axis is labeled in percent values from 0 to 100. These values represent the position of the joints relative to their full displacement. The best way to understand this representation is to think of the horizontal axis as the time it takes for the joints to move, even though it isn’t measured in minutes or seconds. The vertical axis of the graph represents the displacement in the appropriate units. This axis isn’t necessarily “to-scale” because the values assigned to different joints may be in different units. The neutral zone of this axis is the saved position of your joint, which you can reposition in either direction.

To use Motion Study, launch the tool and click on the joints that you want to include. Different joints will be displayed with a different colored line on the graph. The list on the right will show your selected joint and you can click through them to highlight their respective graphs. If your selected joint has more than one degree of freedom, it will appear multiple times in the list.

To begin adding positions to your Motion Study, click on any of your joint graphs. You will be prompted for a time percent value and the displacement at that point. Remember that the time axis is unitless and can be sped up or slowed down using the speed slider. This means that only the relative timestamp between two joints will matter, so if you want to sync up multiple joints, be sure you give them the same timestamp. Once you are done assigning animation points, you can run your motion study using the playback buttons. Use the speed control to observe the interactions of your joints and tweak the timings and displacements accordingly to avoid interference.

Keep in mind that Motion Study exists separate from other joint tools in Fusion 360. If you have contact sets or joint limits, you may not be able to perform a motion study correctly. This can be alleviated by using one method to validate the other, as long as these methods are not active simultaneously. As such, you can either use a motion study to measure the tweaks necessary to your components, or you can use a contact set to calculate the displacements to use in your motion study. Take the time to use all of Fusion 360’s tools to carefully adjust your model and you will be rewarded with a robust and reliable design. 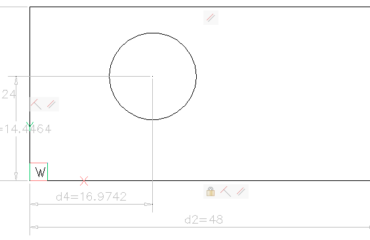 AutoCAD – It’s Not Your Only 2D CAD Option 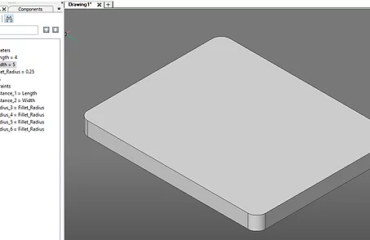